European Central Bank President Christine Lagarde has stated that the ECB would "carefully" assess incoming data, including the euro's strengthening, which risked dampening both growth and inflation.

Lagarde was speaking on Sunday at the Annual Meeting of the Council of Governors of the Arab Central Banks and Monetary Authorities.

The ECB met last week and there was little that rhymed with ECB Chief Economist Lane outspoken concerns about the strength of the euro.

Lane stated that inflation has been “significantly muted” by the stronger exchange rate, a step up from the remarks he made at the start of this month that “the EUR/USD rate does matter”.

It has already been indicated by President Lagarde that the Governing Council spent some time discussing the exchange rate.

The Financial Times has also reported that several members of the ECB’s Governing Council told it “that the EUR’s rise against the USD and many other currencies risks holding back the Eurozone’s economic recovery.”

The euro. however, was more dependent on the ECB meeting last week and official reference to the exchange rate.

Lagarde's weak reference to it and instead to the ECB’s upward adjustment to its 2020 GDP forecast signalled to markets that she is not overly concerned.

However, the same cannot be said for the economic impact of the second wave of COVID as the eurozone is now deemed to be the epicentre of the virus once again as the number of new cases on the continent rise more than in the US.

The Chart of the Week: EUR/USD in distribution, bears waiting for breakout confirmations

Information on these pages contains forward-looking statements that involve risks and uncertainties. Markets and instruments profiled on this page are for informational purposes only and should not in any way come across as a recommendation to buy or sell in these assets. You should do your own thorough research before making any investment decisions. FXStreet does not in any way guarantee that this information is free from mistakes, errors, or material misstatements. It also does not guarantee that this information is of a timely nature. Investing in Open Markets involves a great deal of risk, including the loss of all or a portion of your investment, as well as emotional distress. All risks, losses and costs associated with investing, including total loss of principal, are your responsibility. The views and opinions expressed in this article are those of the authors and do not necessarily reflect the official policy or position of FXStreet nor its advertisers. 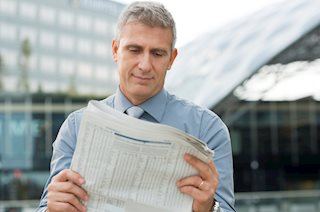